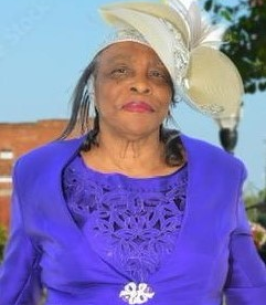 On Wednesday, November 17, 1937, Willie and Ruth Ell Singleton of Marshall, Texas were blessed by God with their first child whom they named Percie Lee Singleton. She was the oldest of their 4 children. Percie accepted Christ at an early age and became a member of Pine Bluff Missionary Baptist Church. In 2019, she became a member of True Light Ministries Church of Jefferson, TX where Paul Body is Pastor. She served faithfully as “Mother of the Church” until her health wouldn’t allow her to attend. She missed church on very few Sundays. Nia, RJ, Elaine, and Derrick made sure she had a ride to church.

She was educated and graduated from George Washington Carver High School in Karnack, Texas. After high school, she was employed by Thiokol Ammunition Plant in Karnack, Texas where she worked until the plant closed in 1995. She then worked at Woodlawn Manufacturing until she retired to become a babysitting grandmother. Percie was known as the cook of the family. Thanksgiving was her favorite time of the year. She showed her love to her family by preparing a “BIG” family dinner. Perhaps that is where some of her nicknames originated. She answered quickly to Big Momma, Suga Lump, MeMomma, MawMaw, Momma Percie, and Chungle and on July 25, 2022, she answered to “SERVANT”.