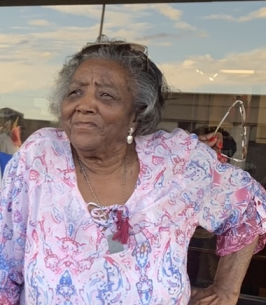 At and early age, Mrs. Dorothy Johnson joined Holman Street Baptist Church in Houston, Texas. Later on in life, she joined and was faithful to James Chapel Baptist Church where she was an usher for many years. Dorothy was educated at Blackshear Elementary and Jack Yates High School in Houston, Texas. Dorothy worked as a housekeeper for many families in Marshall, Texas (The Synder’s, Clark’s, and The Jordan’s). Dorothy didn’t meet strangers and she loved both sides of her family equally (Fitzpatrick and Rose).