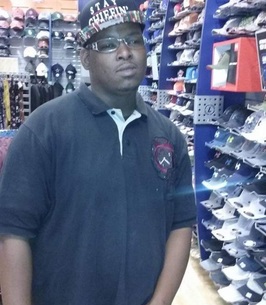 He was born on November 24, 1987, in Harrison County, Marshall, Texas to Raymond Mitchell the late Ruby Jewel Roach. Brodrick attended Marshall Public Schools and graduated from Marshall High School in 2006. He devoted his life to Christ and at an early age became a member of Second Pleasant Hill Missionary Baptist Church.

Broderick was a very loving soul. He was kind to strangers and prided himself as a loyal friend. He enjoyed making music and having fun. He always made time for family with frequent trips to Longview to be with his father, extended family members and friends, and never missed an opportunity to extend lots of love to his grandmother
.
Brodrick was employed at Thumper Fab Company in Marshall. Although there only a short time, he truly enjoyed his job, and he became a valued employee to his fellow workers.

Brodrick “Foe Doe BoBo” Mitchell will be deeply missed by his family and friends.