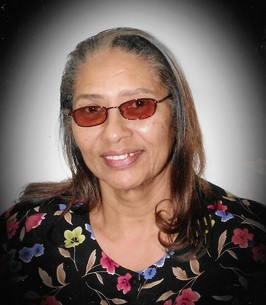 Blonnie M. Singleton Charles was born to the parentage of Alcapus Singleton and Eva Mae Walker Copeland. She was born in Harleton, Texas. Her family later moved to Marshall where she attended Marshall Public Schools. She was the last surviving sibling to two sisters and two brothers.
Blonnie joined Morning Star Church of Christ, which was later relocated and renamed Westside Church of Christ, and was baptized at an early age. She remained a faithful and loyal member until her health failed her.
She was a hardworking woman who loved her family. Her love for her family was second to none. Although she gave birth to only one daughter, Vickie, she served as a mother to many; her nieces and nephews; particularly the daughter she raised from an infant, Shaun. Her love and compassion extended to her chosen profession. She worked for many years as a Certified Nursing Assistant until her retirement.
The first thing you'd notice about Blonnie was her beauty and friendly face, but above all that, she was very patient, caring and a good listener. She believed very much in the power of prayer, and I think her prayers is what kept her family going. No wonder her family looked to her as a role model, the matriarch of the family.
She is preceded in death by her parents, two sisters, and two brothers.
She leaves to cherish her memories, a daughter, Vickie; a grandson, Gale; a granddaughter, Jazmin; her special daughter, Shaun; a special cousin, Charles Simmons; nieces, nephews, a host of friends and other family members.