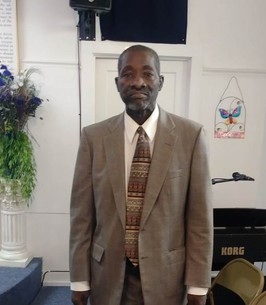 Mr. Andrew LaRue Jackson was born in Marshall, TX on February 6, 1964 to the parents Bonnie and the late Albert Earl Jackson.

Andrew grew up in Marshall, TX and attended Marshall Public Schools where he graduated in 1982. Andrew also obtained a certificate in General Biblical Studies from Word of Truth Bible College in 2019.